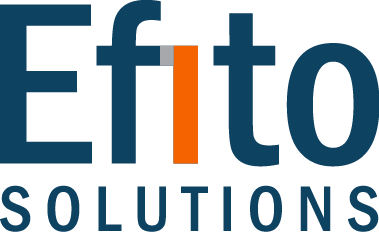 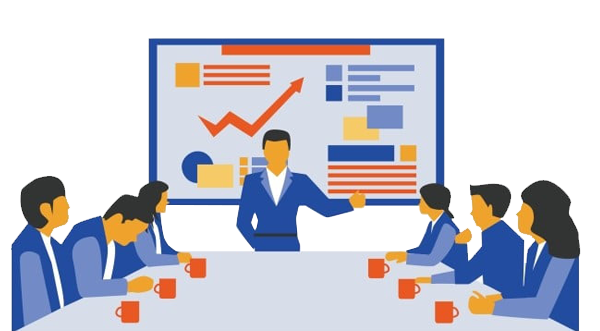 Efito Solutions having pride on creating corporate websites that are inventive, unique and professional. Our experienced graphic designers will deliver you the quality at par with your expectations for responsive UI/UX designs.

As a innovative IT company, we focus in complex functionality to address your budding business needs. Whenever you are in need to create a fully custom website with any backend framework or language you can count and rely on us.

Our mobile app developers with expertise in developing outstanding mobile apps for iphone and android will help you to convert your vision into reality. Custom mobile apps that we create can also help you to drive your business to the next level.

Efito as a web development company based in Sri Lanka offers well crafted, flawlessly optimized, feature rich eCommerce websites based on the analysis of your competitor, your clients and your business with creative e-commerce solutions.

At Efito, our website maintenance programs ensure that your site is always up to date and your project stays within your budget. We include all of the services you oblige in order to ensure both the long and short term success of business.

We have an excellent team of Software Engineers who are capable of creating creative and high-performance website & mobile development of any complexity.

Most popular Programming Languages / Frameworks / Technologies among our clients that we provide.

Here is the work procedure that we go through any long term or short term development projects.

At Efito our project leaders evaluate the customer's entire requirements of the project & determine what the application is supposed to do. Requirements also include defining the resources needed to build the project. We calculate labor and material costs, creating a timetable with target goals, and creating the project’s teams and leadership structure.

Our planning process also include getting feedback from cleints as well. Going through various aspects of the project helps to define the scope and purpose of the application. It plots the course and provisions the team to effectively create the software. It also sets boundaries to help keep the project from expanding or shifting from its original purpose.

The Design phase models the way the software application will work. Some aspects of the design include:

Architecture – Specifies programming language, industry practices, overall design, and use of any templates or boilerplate.

User Interface – Defines the ways customers interact with the software, and how the software responds to input

Platforms – Defines the platforms on which the software will run, such as Apple, Android, Windows version, Linux, or even gaming consoles.

Programming – Not just the programming language, but including methods of solving problems and performing tasks in the application

Communications – Defines the methods that the application can communicate with other assets, such as a central server or other instances of the application

Security – Defines the measures taken to secure the application, and may include SSL traffic encryption, password protection, and secure storage of user credentials

Prototyping can be a part of the Design phase. A prototype is like one of the early versions of software in the Iterative software development model. It demonstrates a basic idea of how the application looks and works. This “hands-on” design can be shown to clients. Use client's feedback to improve the application. It’s less expensive to change the Prototype phase than to rewrite code to make a change in the Development phase.

This is the actual writing of the program. A small project might be written by a single developer, while a large project might be broken up and worked by several teams. Use an Access Control or Source Code Management application in this phase. These systems help developers track changes to the code. They also help ensure compatibility between different team projects and to make sure target goals are being met.

Software developers appreciate instructions and explanations. Documentation can be a formal process, including wiring a user guide for the application. It can also be informal, like comments in the source code that explain why a developer used a certain procedure. Even clients that strive to create software that's easy and intuitive benefit from the documentation.

Documentation can be a quick guided tour of the application's basic features that display on the first launch. It can be video tutorials for complex tasks. Written documentation like user guides, troubleshooting guides, and FAQ’s help users solve problems or technical questions.

And creating API Documentation is a must for projects using web services.

It's critical to test an application before making it available to users. Much of the testing can be automated, like security testing. Other testing can only be done in a specific environment – consider creating a simulated production environment for complex deployments. Testing should ensure that each function works correctly. Different parts of the application should also be tested to work seamlessly together—performance test, to reduce any hangs or lags in processing. The testing phase helps reduce the number of bugs and glitches that users encounter. This leads to a higher user satisfaction and a better usage rate.

5. Bug Fixing & Improvements
After thorough testing process our QA Enginners send a feedback to our developer teams. They go through test scenarios & doing various bug fixes & improvements to the software we made. Finding and fixing errors and glitches is critical. Tasks often hold up the development process, such as waiting for test results or compiling code so an application can run. Efito development process can anticipate these delays so that developers can be tasked with other duties.
6. Deployment

After all the hard work of Software Development it's time to deploy. Deployment can be in various ways depending on the technology, programming languages or platforms we used. Some projects require compiling & deployment on cloud hosting enviorment.

We do all confirguations on cloud hosting environment & configure VMs on Linux servers for deployment.

For mobile projects deployment to Apple Store or Google Play will be carried out with each required steps.

Database deployment & getting the app ready to be used by client's customers will handled in this phase.

At this point, the development cycle is almost finished. The application is done and being used in the field. The Operation and Maintenance phase is still important, though. In this phase, users discover bugs that weren’t found during testing. These errors need to be resolved, which can spawn new development cycles.

In addition to bug fixes, models like Iterative development plan additional features in future releases. For each new release, a new Development Cycle can be launched.

This process will be slightly different for long term projects based on hourly rates or phase basis. At Efito we follow Agile Scrum methodology for development of large scale projects. We submit weekly, monthly releases & gettting constant feedback from our customers during the development process.

Seperate full time development team will be allocated for the project including Technical Lead, Project Manager, Multiple Software Developers (No. of developers will be based on requirement complexity of project), Multiple Testing & QA Enginners.